Showing posts from March, 2017
Show all

Be Aware Of Spiders This Spring 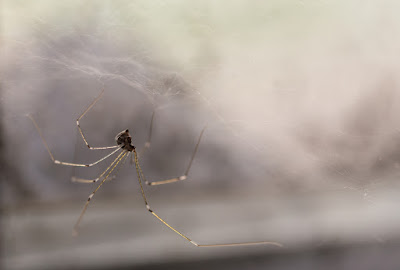 While spiders may not do as much damage as some pests like termites, we do not like seeing them in our homes. Especially when that spider is dangerous, such as brown recluses or black widows, whose bites can cause severe reactions. Spring is the time when most pests like to come out of their winter hiding and invade our homes. Best Pest Control wants to help you avoid running across a spider in your home this spring. Here are a few tips to help you keep spiders out of your home.

Prevent Spiders In Your Home

The best way to prevent spiders from getting into your home is to make sure you don't have an environment that attracts them. Spiders will most likely make their homes outside in plants, piles of leaves or wood or undisturbed places like old tires or buckets. When you have these items next to your home, it makes it easier for them to wander inside. If you have these items on your property, make sure to give them some distance between your home to make it less likely for the spi…
Post a Comment
Location: Osage Beach, MO 65065, USA
Read more 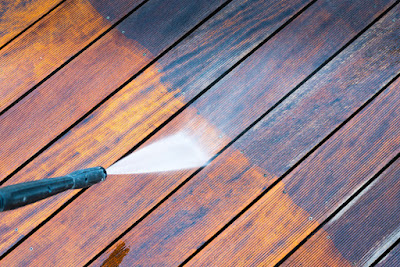 It's important to do regular maintenance on your deck to ensure it is in excellent condition for summer use. Best Pest Control can not only repair and clean your deck, they can also help it look like new. Homeowners at the Lake of the Ozarks will likely deal with mold at one point, especially on their decks. Best Pest Control can help you make sure your deck is ready for backyard BBQs and summer fun.

Spring is the perfect time to take care of the exterior of your home. Take some time and examine the condition of your home'ss siding. Critters can get into your home through holes in your home's siding, so make sure to take t…
Post a Comment
Location: Osage Beach, MO 65065, USA
Read more

National Pest Management Association has declared March 12 - 18 National Termite Awareness Week. This week was created to bring attention the damage that termites cause in our country, and offer tips on how to prevent termites. In honor of Termite Week, The best pest control company at the Lake of the Ozarks offers some facts about this destructive pest.


- Termites are one of the oldest insects in existence. They are related to cockroach, and they have been roaming the earth for over 200 million years.

- There are about 2,000 known termite species in the world. Most termites live in hot, wet climates, such as rain forests and jungles. However, the United States is home to a few species of termites that can wreck havoc in homes across the nation.
- Termites build big colonies that have been known to have millions of members.
- Each colony has a king and queen. The queen is the largest in physical size, attaining a mass several times that over a typical termite. The main role of the q…
Post a Comment
Location: Osage Beach, MO 65065, USA
Read more 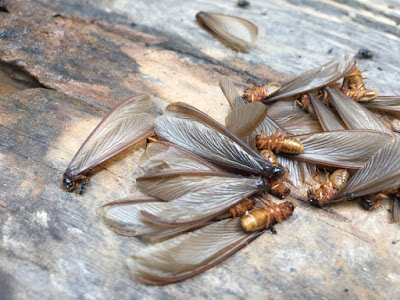 If you are a homeowner, you will most likely deal with a pest infestation in your life. Whether it's an infestation of termites or an ant infestation, pests will seek out shelter from the elements and enter your home. However, because the list of pests that can invade your home is almost never ending, how are we supposed to know what's bugging us? Sometimes we see them, but sometimes it's not that easy. Lake of the Ozarks' best pets control company offers a few tell-tale signs that your home is infested.

Wings
There are two insects that will leave behind their wings after swarming to find a new nest - termites and ants. One can be annoying, while the other can cause a lot of structural damage to your home. So you will want to know quickly who's leaving the wings behind and nesting in your home. Luckily, it's pretty easy to spot the difference between the two. With termites, their wings are both equal in size, while ants have one big wing and one smaller wing. If…
Post a Comment
Location: Osage Beach, MO 65065, USA
Read more
More posts